These 10 tracks began life with Wil and I collaborating in my London studio and grew to form our second album as Biotron Shelf.

Field recordings made around the East End of London, in particular Victoria Park and Canary Wharf, formed the basis for many of the tracks. The sonic character and mood of these spaces informed the album: contrasting sites of culture and commerce; scenes of urban decay and pockets of pastoral tranquility; a vibrant clash of cultures, both ancient and modern. All these influences found their way into the musical and rhythmic elements of the tracks, which were created from a variety of electronic and acoustic sound sources including analogue and digital synthesizers, acoustic and electric guitars, hardware and software drum machines and samplers, prepared piano and shortwave radio static. The compositions were then bounced back and forth several times between my studio and Wil’s Liverpool-based studio, with each of us working into the tracks with further edits, treatments and processes.

released 07 July 2011
All tracks written and produced by Murray Fisher and Wil Bolton.

EtherReal
Translated from original French Review
“With one album every five years (and two EPs in between), you couldn’t really say that Biotron Shelf overload the discotheques. And yet, it’s always with real pleasure that we encounter this English duet, as they’re able to offer impeccably crafted electronica, packed with unrivalled melodies and exciting rhythms. An impulsive freshness and richness of combined elements comes together in Cloud Bands And Arabesques, composed between London and Liverpool since Murray Fisher is based in the English capital, whilst Wil Bolton lives further north.

To further convince us of the quality of their collaboration, the two musicians deliver an album perfectly built: asynchronous October Mist begins the album, connected to Three Ten To Euston with which it shares the same background arrangement so that you hardly feel the transition, then an alternation between quasi-dance pieces (Formless Geometry), more direct tracks (Clockwork Pharmacy), and finally one of the highlights of the disc (Butternut Squash) for almost the last track, giving you the desire to immediately relisten to the album.

In terms of the tunes, Biotron Shelf sometimes draw from rather raw components (Clockwork Pharmacy), and at other times ethereal (What Colour Is Your World? and Forests Of Glass And Steel) with what resembles the harmonics of an electric guitar, or more delicate ones (Butternut Squash). In conclusion, you’ve guessed it and you won’t be surprised if you follow the Boltfish label and its artists, that this is an excellent album.”

IglooMag
“Cloud Bands On Arabesques represents the second release for Murray Fisher and Wil Bolton (aka Biotron Shelf), a collaboration that has yielded timid electrical waves among a flood of sonic activity over the years. And to take this release quite literally, “The arabesque is a form of artistic decoration consisting of surface decorations based on rhythmic linear patterns of scrolling and interlacing foliage, tendrils or plain lines, often combined with other elements.” This definition alone may be Biotron Shelf’s most significant interpretation yet. Their latest set of robotic details gravitates toward ethereal and hypnotic movements pivoting from digital-to-analog spheres without sticking to one formula (IDM, experimental, spatial-techno are all on offer). But just as these decorative rhythms slide across the ears, a new direction is introduced; minimalism and atmosphere intersect with emotion and anxiety. While in the peripheral this album reflects mid-90′s era Artificial Intelligence (thanks to Warp Records), the core is deeply embedded in crumpled dial-tones and left-field electronics.

As a new generation of musicians dive into the past, it’s rewarding to hear Biotron Shelf interlacing the foliage of their delicate machines to deliver a softer image that still flows with complexity. And although these 40-minutes wisp by like a breeze in the cold night, each sprinkled minute paints a musical abstract full of color, variety and contrast. After all, isn’t it important to sit back and enjoy the scenery sometimes? Cloud Bands On Arabesques really does settle into the background creating a pleasant voyage for the listener to digest, however, if there’s one track that gels all of the above, it would be “Clockwork Pharmacy.” This smorgasbord of hardened bass and electro-motifs merits continual repetition. Now if Biotron Shelf could hone-in on the theme set out in this track alone, they would likely garner even more attention in this proverbial sea of musicians.”

The Milkfactory
“If Biotron Shelf may sound like a rather enigmatic word combination, a simple re-ordering of the letters reveal the names of Wil Bolton and Murray Fisher, two sound artists and musicians who are perhaps best known for their respective solo projects, Cheju and Mint. Their first collaborative effort under the Biotron Shelf banner dates back to 2006 and their album 33 Minutes North, published on U-Cover, which was followed a couple of years later by an EP, Transmissions (Smallfish). Three years on, the pair are back with an EP, Corrugations, and a second album, both released on their very own Boltfish Recordings imprint, a label they set up back in 2004 and which has since delivered a number of fine electronic records by the likes of Infinite Scale, Skytree, Zainetica, Yvat or Polestar to name but a few.

With Cloud Bands And Arabesques, the pair continue to develop the lush electronic soundscapes, crisp beats and evocative melodies that characterized their debut release, which also occasionally incorporates elements of acoustic instrumentation. The album was recorded in Fisher’s studio in London and is filled with moods and atmospheres collected around east London. Over the course of this collection, the pair create a clair-obscure universe with delicate impressionist touches, at times vaporous and fluid, from the shifting drone formations of opening piece October Mist, which overflow onto the shimmering textures of Three Ten To Euston, or the soft summery tones of What Colour Is Your World? to the earthy grain of Forests Of Glass And Steel, at others more clearly defined and concrete, whether it is the kaleidoscopic Formless Geometry and Butternut Squash, the off-kilter folk of A Tree Without Birds or the sticky funk of Clockwork Pharmacy.

But while the overall mood of the record appears particularly chilled, it actually changes with every track as Bolton and Fisher combine their individual sound into a rather eclectic soundtrack. Despite often appearing straightforward, the pieces presented here are often complex constructions built around intricate rhythmic patterns and particularly evocative soundscapes, and serve beautiful melodic themes. This is an approach that both artists have developed through their respective work, but it takes on a different aspect here. Cloud Bands And Arabesques is often quite difficult to pin down for definite, its many influences assimilated into a very individual sound. With this record, Biotron Shelf have created a particularly effective collection of timeless electronica.”
4.4/5

Cyclic Defrost
“Under the solo production aliases Cheju and Mint, Wil Bolton and Murray Fisher have both separately established a firm presence amongst the UK IDM electronic scene, but this latest album ‘Cloud Bands And Arabesques’ on their own Boltfish label sees them rejoining forces on the studio as Biotron Shelf for the long awaited follow-up to their 2006 debut on U-Cover ’33 Minutes North.’ What’s particularly noticeable upon listening to the ten tracks collected here is just how much the duo’s stylistic boundaries have expanded in the intervening years. There’s still a distinct leaning towards the crystalline melodic IDM landscapes the duo have previously established a reputation for, with ‘Three Ten To Euston’ sending trailing bright melodic synths and moody, questing bass pads gliding against a rapid-fire backdrop of chaotically ratcheting breakbeat rhythms, the scatter-shot timestretching nicely counterpointing the entrance of slow, lazy keys, while ‘Butternut Squash’ takes twinkling melodic keys and airy ambient pads and sends them floating over a twitchy backing of contorted metallic rhythms that grind back and forth like bursts of noise between the speakers, the emergence of bright 8-bit synths casting a wistful nostalgic glow upon proceedings.

In many senses though, it’s the ventures into more atypical territory that offer up some of the biggest highlights here. ‘A Tree Without Birds’ sees the duo paring back the obvious electronics in favour of sampled live instrumentation, with lazily strummed acoustic guitars and bass moving to the forefront – though bleeping synth textures do begin to worm their way back into the rhythmic undergrowth towards the very end, while ‘Formless Geometry’ offers up the one real concession to the dancefloor to be found here, taking things off on a vaguely proggy seven minute wander through flickering minimalist tech-house rhythms and brooding bass melodies that sits closer to the sorts of forlorn post-club atmospherics you’d associate with the likes of Ulrich Schnauss. Characteristically strong and diverse stuff that’s well worth investigation. ”

Resurface
“‘Biotron Shelf’ is Murray Fisher’s and Wil Bolton’s collaborative project and as any returning reader would surely know Murray Fisher records as Mint and Wil Bolton as Cheju and together they run the record label Boltfish Recordings. The first Biotron Shelf release was ‘33 Minutes North’ on U-Cover’s CDR series in 2006. Two years later they released ‘Transmissions’ (sadly yet resurface-unheard and extremely limited CDR-release on Smallfish Records).

‘Cloud Bands and Arabesques’ is as far as I know this is the first Biotron Shelf release ever on Boltfish (which is kind of funny given they’re the label owners). The production standard of these two electronic musicians is as high as ever. The Biotron Shelf you know and love from ’33 Minutes North’ are very much represented on this release to the novelties you could add the tracks with a more acoustic setting, like the equally lovely ‘The King’s Horses’.

In the 10 tracks on the album they successfully merge their two styles into one unique sounding treat once again. ‘Cloud Bands and Arabesques’ is scheduled for a summer release (JUL2011).”

Arrhythmiasound
Translated from original Russian Review
“Boltfish Recordings – a small independent label in the UK, throughout his seven-year history, has not just pleased idm fans with their releases. It is worth remembering the releases from Infinite Scale, Preston, Cheju and Mint. The last two names are label owners Wil Bolton and Murray Fisher. In addition to their solo projects, they also have a collaborative one called Biotron Shelf. Their first album was released already in 2006 on CDr label U-cover, and now, after five years their next release will appear on Boltfish. Not to say that their teamwork is very different from the solo output. It has the same warm, soft and fluffy IDM style. The press release gives interesting information on how the album was created, pinpointing which area of ​​London field recordings were made in. And the acoustic picture and spirits of the places have found their reflection in the album. «Cloud Bands And Arabesques» is created from a variety of electronic and acoustic sources, including analog and digital synthesizers, acoustic and electric guitars, steel and a software drum machine. In theory all this wealth should sound impressive, but the output is, in my opinion, an average Boltfish release, perhaps with previous solo Cheju and Mint albums being stronger.

Perhaps the greatest respect for Boltfish Recordings is their consistent style. When many other labels always catch fashionable trends, the guys Boltfish just do what they like. People longing for the second wave IDM days should not be disappointed in the album «Cloud Bands And Arabesques», as it is created specifically for you.”

Cokemachineglow
Review of the track “Three Ten to Euston”
“.. It’s got that listenability Boltfish demand of their acts but still sounds crisp and scientific, and shows Biotron Shelf can stick to their own rules, and not just make tooth-loosening glitch music.” 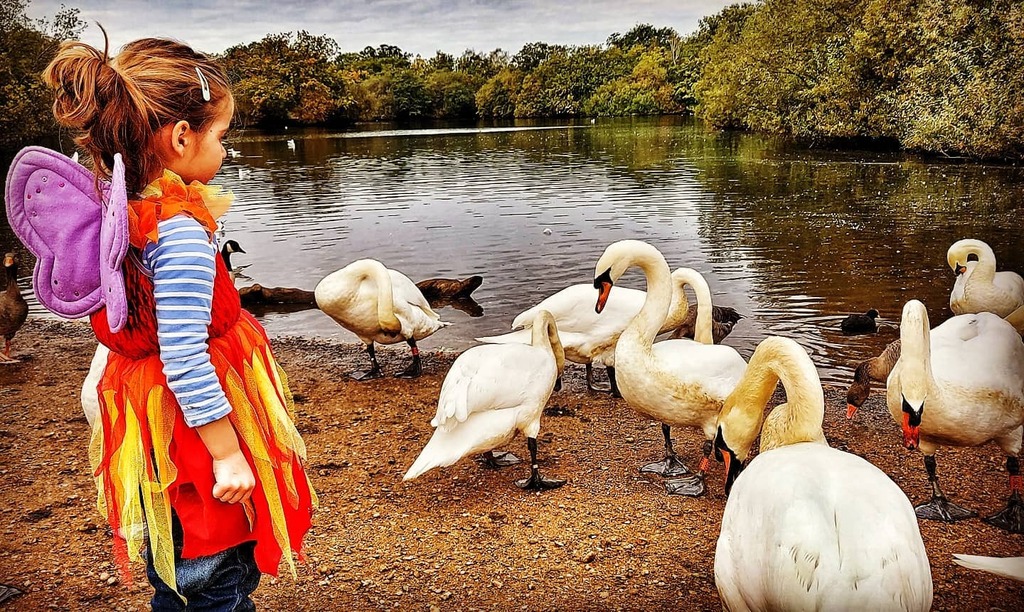