“The Metronomical Boy” is my third studio album as ‘Mint’, and brings together a collection of cinematic, glitch and electronica tracks ranging through playful, dark, ambient and upbeat.

The album’s artwork, which I also created, unifies the audio with an introduction to the story of The Metronomical Boy that I wrote to tie in with the album, as partly retold below…

“In September 1932 the Norwegian Archaeologist Tor William Gudmundsen undertook an excavation near the Kharga Oasis, Egypt. The tomb he discovered had lain undisturbed since the time of the Pharaohs, and its central burial chamber contained the sarcophagus of one of the Pharaoh’s sons. Alongside this knelt a mechanical figure, resembling a boy of the same age, clearly built as a companion for the Pharaoh’s son.

The incredibly advanced, and perfectly preserved mechanism still functioned with rhythmical precision and the automaton smiled, and slowly bowed to greet the explorer.

Confounded but delighted by the discovery, Gudmundsen dubbed him ‘The Metronomical Boy’.

He took the boy with him, and in the weeks that followed observed the boy’s gentle nature and desire to learn. Returning home on his daughter Ina’s 9th birthday, Gudmundsen introduced her to The Metronomical Boy and a lasting friendship was immediately born.

Ina took it upon herself to teach the boy whatever she could, and the pair shared many adventures from that day on.”

The album itself is presented in a beautifully designed Digipak or available as a digital download. Read more/buy at: http://www.boltfish.co.uk/releases/BOLTLP013_the-metronomical-boy.php

The Milkfactory
“London-based artist and co-owner of Boltfish Recordings Mint, AKA Murray Fisher, returns two years on from his last full length offering, Cardboard Rocketships, with his third album. Based around a quaint little children’s story he devised especially for the album, The Metronomical Boy pretty much takes off from where its predecessor left off, building on gentle melodic pieces and crisp electronica, tainted with occasional glitches and bleeps.

Fisher has been releasing music since 2004, has published a number of EPs on U-Cover, Lacedmilk Technologies, Rednetic or Duotones, and has been featured on countless compilations. His debut album, Binary Counting, was published on U-Cover in 2007, and was followed two years later with Cardboard Rocketships, with a remix album, Glued, Stapled, Remixed, with contributions from Cheju, Cyan341, Yvat, Posthuman and many more, released last year.

The album opens with Queasy, a track originally featured on Rednetic’s One Point Two compilation five years ago, on which Fisher builds a slightly psychedelic backdrop from pulsating soundwaves, upon which he attaches a contrasting glitchy breakbeat. Things take on a smoother turn after that, with delicate chiming melodies and rounded electronic sounds defining much of the rest of the album, from the child-like innocence of tracks such as Ina’s Special Day or Interluded, which are not without recalling the sugar-coated electronica of Plone’s For Beginner Piano, to the more robust Cartouche, Free Association, Letting Go Quietly or Daub, which find ground in the vicinity of ISAN.

At times, Fisher drops beats almost entirely, favouring instead sumptuous atmospheric settings. On Darker Than A Beginning, piano and electronics circle over a carpet of tiny glitches, whilst Air Chamber is a short, yet vast-sounding piece of dreamy ambient peppered with hints of Tangerine Dream.

Mint’s sonic world is purposely warm and inviting, based on gentle electronic textures, occasionally broken beats and charming melodies. This unthreatening approach is further reflected in many of Murray Fisher’s title choices, and continues to define his work. With its embedded story and its soft approach, The Metronomical Boy could almost be subtitled ‘An introduction to electronica for children’, yet it doesn’t take away the fact that Mint creates some wonderfully engaging electronic music.”

Norman Records
“I’ve not heard Mint before but I quite like some of the Boltfish stuff so I grabbed this before anyone else could so I could have a decent listen on headphones. It’s nice to hear some glitchy melodic electronica as I’ve not heard any in a while. It reminds me of some of the Russian stuff that was popular a while back. The styles vary from upbeat crunchy electronica coated in Lionel Glitchie to more ambient piano based classical sounding numbers but it’s mainly upbeat and crunchy sounding. Remember folks like Multiplex, Verbose, Fizzarum and the like? If you were fans of those then you’d do well to check this out. It’s making me feel all nostalgic! There’s a nice dark synthy vibe running throughout it but overall it’s just simply a strong melodic electronica album which is done really rather well and I’m currently most enjoying the track called Cypher right now!”

16Bit.fm
Translated from original Russian Review
“Strange things are happening with electronic music recently – stardom has become something really quite leveled. Listen to albums, such as the new Plaid and you could argue along the lines of “well, better than the last two albums, something like Orbital, well, there are a couple of strong tracks,” but generally you won’t particularly want to relisten. But Mint, a niche artist perhaps not known outside a small group of fans, has made a record which is clearly outright cool. While this musician seemingly has no special goal – Murray Fisher doesn’t try to invent something new – he has followed his own path since his early releases. «The Metronomical Boy» is archetypal melodic idm from the start to finish. Crunchy beats, pads with bells, pianos, reverb, naive affectionate themes – something like toytronic or musik aus strom could have released. It’s exactly this “easy and pleasant music” that I want to return to again and again. So, here you can recall andre estermann and gimmik, and mr projectile. The motivation behind our favourite classics is alive and well.”

Cyclic Defrost
“As well as acting as co-founder of the Boltfish Recordings label, UK-based electronic producer Murray Fisher has previously released two albums under his Mint alias, and this third album ‘The Metronomical Boy’ follows just months after his recent collaboration alongside Will Bolton as Biotron Shelf ‘Cloud Bands And Arabesques.’ As you’d expect given both Fisher and Boltfish’s established aesthetics, the emphasis amongst the eleven tracks collected here falls firmly upon sheeny, post-IDM soundscapes, with a harder, broken rhythmic edge frequently being played off against the more ambient synth elements.

The aptly titled ‘Queasy’ provides a perfect illustration of Fisher’s stylistic approach as vaguely unsettling detuned synth pads float eerily against a rattling undercarriage of grinding, stuttered breakbeats and subtly burbling bass, the end result calling to mind a far more busily frenetic take on Boards Of Canada’s sweeping pastoralism, while the propulsive ‘Cartouche’ easily represents one of the most dance-centred offerings to emerge from Mint to date as smooth techno rhythms and brooding bass synths power beneath a gorgeous backdrop of shimmering, phased pads and wandering detuned analogue keys, evoking a sense of driving at night with what’s easily one of the biggest highlight moments here. Elsewhere, the delicate ‘Learning To Walk’ sees organic instrumental elements creeping into the mix in the form of plucked banjo, which slowly builds against a rich swell of gentle analogue synths, before brittle-sounding broken rhythms suddenly power up like some whirring machine to take the entire track off in a blur of scissoring breakbeats, before ‘Cypher’ takes things down into a brooding swirl of bass synths, harsh metallic breakbeat textures punctuating the moody atmosphere as bursts of grinding static flit between the speakers. While much of this is certainly well-travelled ground by now, ‘The Metronomical Boy’ offers up a consistently impressive and inspired listen from start to finish.”

NowLikePhotographs
“Not since his extraordinary previous release, ‘Cardboard Rocketships’, have we heard unparralled melodies like the ones found on ‘The Metronomical Boy’. This is the third studio album from Mint, and it once again provides an eclectic mix of songs filled with glitchy electronics, crunchy beats, and whirling backgrounds, all led by addictive melodies. The bright bubbly sounds on tracks like, “Ina’s Special Day” provide the necessary contrast to his darker side found on, “Darker Than A Beginning” and “Daub”. With this release Mint has managed to work his way toward the top of the list of amazing releases thus far this year.”

While these precision (and at times erratic) movements touch the soul with sparkling tapestry, it’s more rewarding to see Mint keeping his composure and style from fading into obscurity. The years of surplus electronics can be a daunting task to filter through. This is an area that Boltfish have kept an ear on; vying for progress and nostalgia, their productions always ignite the past while etching new pathways to consume. The push-pull affect revealed throughout The Metronomical Boy, its polished facade, mild temper, evenly paced experiments and uplifting interior keeps Mint in top shape from start to finish. Swaying from left to right, these splendid retreats are counterbalanced above sincere bleeps’n clicks, both confused and clear in their construction. Not relying on preconceived notions of IDM’s fading mystique, these pleasurable windows of life dive straight into the fabric of yesteryear without losing sight of clean-cut production, solid mastering (courtesy of Ochre at Melograf Mastering), and a visual stimulus that just can’t be ignored.” 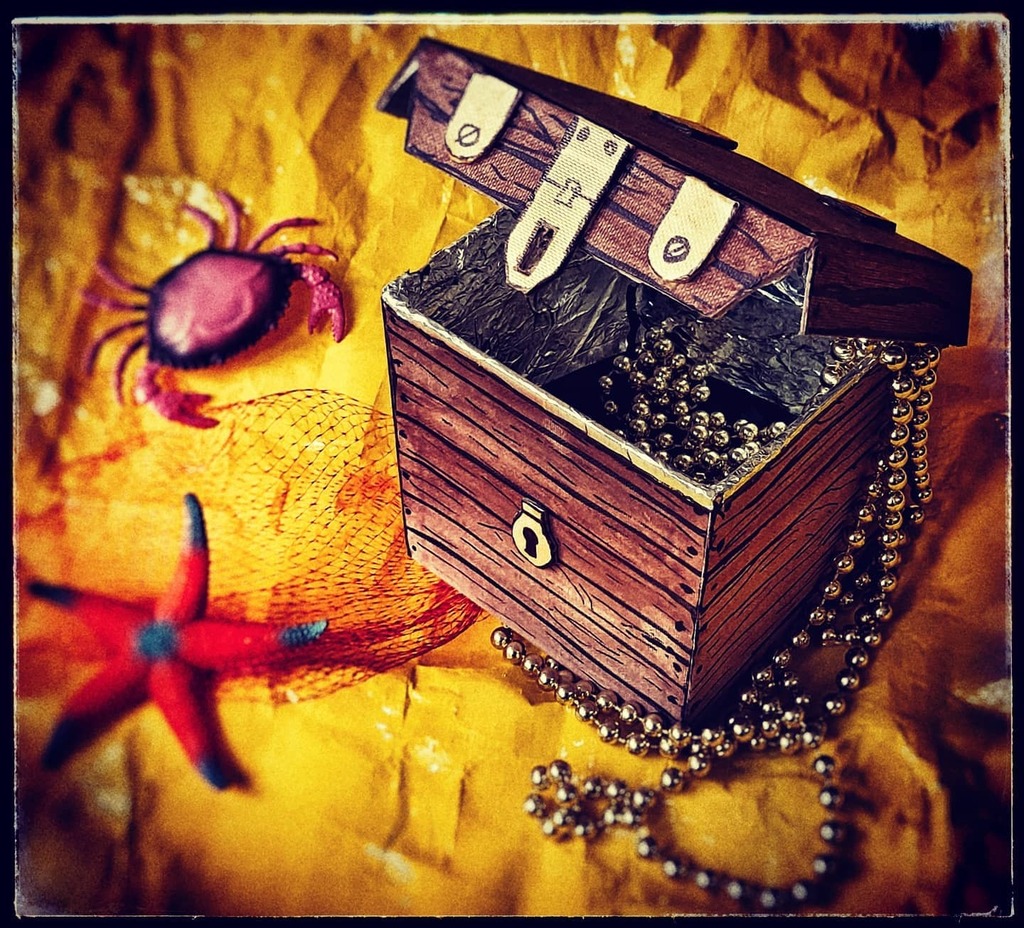 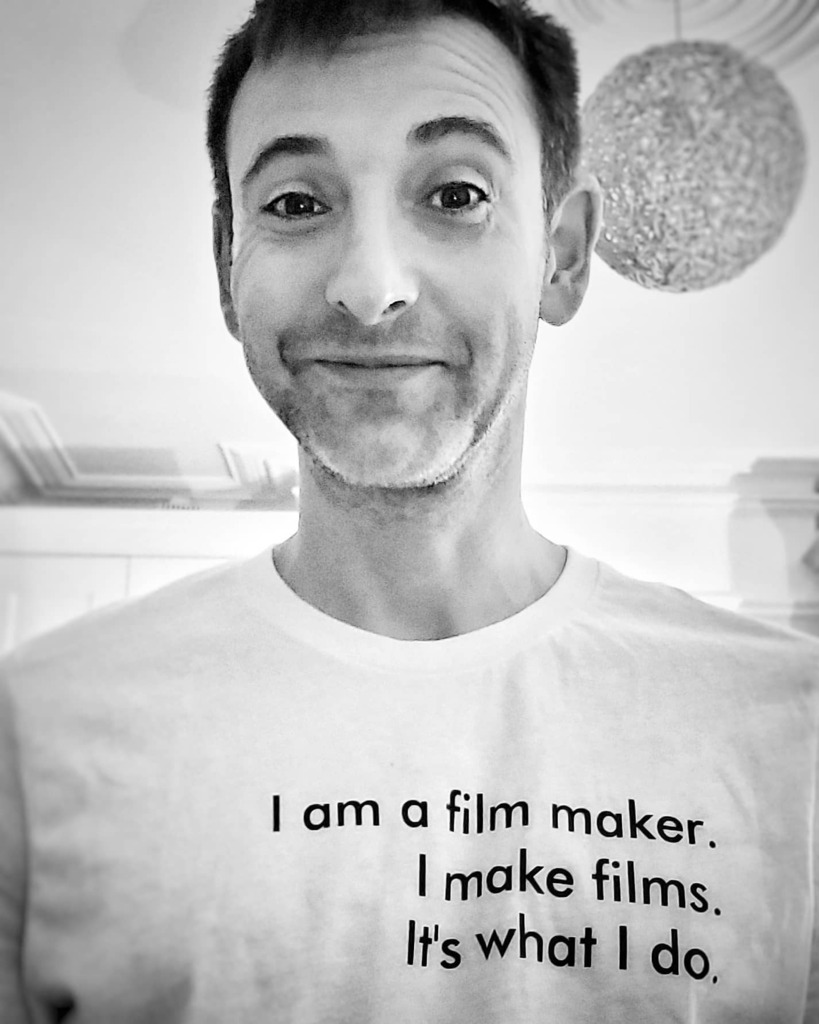